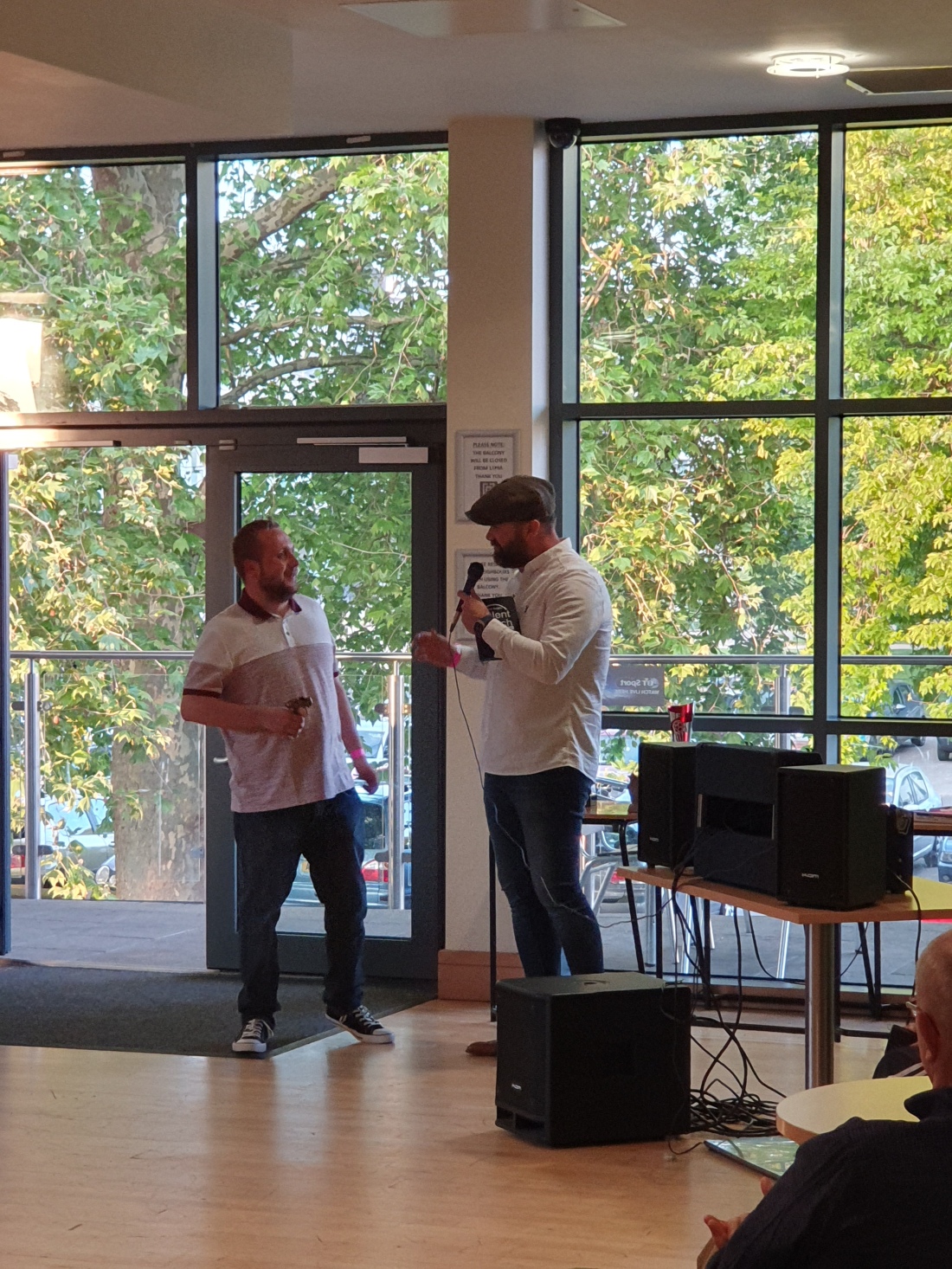 (Check the photos at the bottom!)

It’s me Josh, with a little more insight for you on Small To Big.

We’ve been busy – I feel like I say that loads more nowadays, but it’s actually crazy!

We are still looking for funding, and have been focusing on this the last couple of weeks, hopefully I’ll be able to tell you guys some positive news soon, the rebrand is imminent! And I think you’ll all like the new designs, nic has been working tirelessly to maximise the rebrand as much as possible (she’s been very patient, I change my mind a lot) so I know shes excited to release everything.

We were at wots up FC’s end of season awards ceremony on Saturday and it was amazing! Dale was top goalscorer with 35 (not a typo) and I was in awe! The work Lee and everyone does within the squad is amazing, it is truly an Inspiration to us, the fact we were invited meant so much, they worked so hard as a family this year from what I had seen in the limited time I’ve had with the squad, but the message is clear ‘were getting bigger and better’ and I really cant wait to see how they get on and how they all develop as players. Keep it going lads.

So May, June, July! The months pretty much come and go at the moment so I just wanted to tell you guys we are working hard to make a change in Ipswich! My publication on grassroots women’s football is coming along nicely, it has some substance to it and I really feel it’s going to be an eye opener and can help to facilitate a greater equality for women within the game.

This week has been crazy for me personally, I represented my own company in a meeting at ITFC, which is a really big thing to me, the last time I was there was for an interview for a job in the legends bar, so it made me realise how far I have come, if anything, and the stuff the club plan for the community and the people they help is inspiring. We met Andrew, who has been a lawyer for years and years and away from his job is a genuinely nice person, we hope he will be a big part of our family here and you guys will get to know him too! What has been amazing for me is the fact that people have been asking “what can we do for you” I can assure you this is not how I envisioned it Haha, I thought I’d be doing lots of chasing, but so far I’ve been humbled, people are actively seeking change today for everyone, it’s not all doom and gloom and has completely changed my perspective on people in general.

Again, thank you to everyone who continues to help, you know we wouldn’t be here without you, so thanks, dudes. 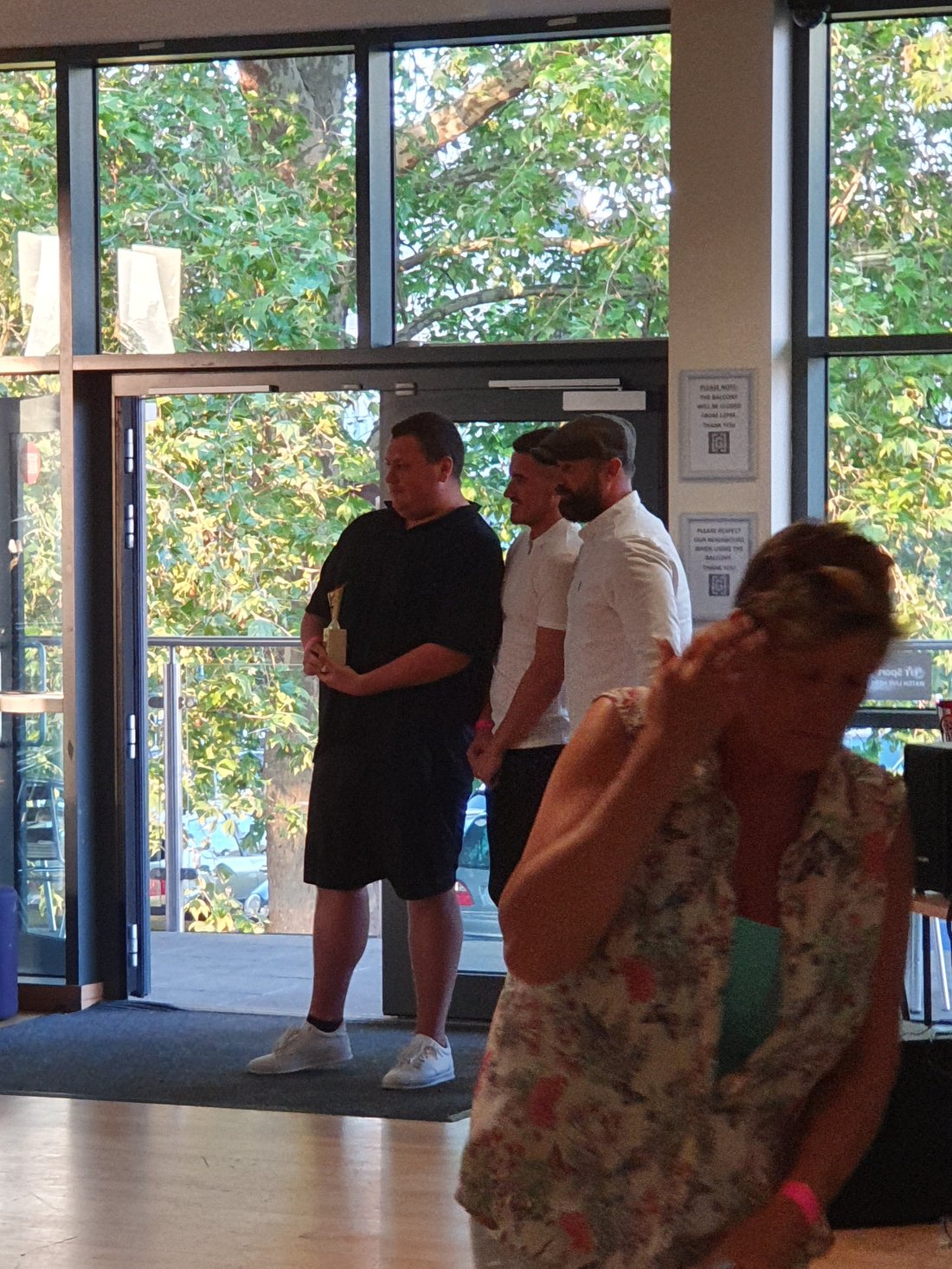 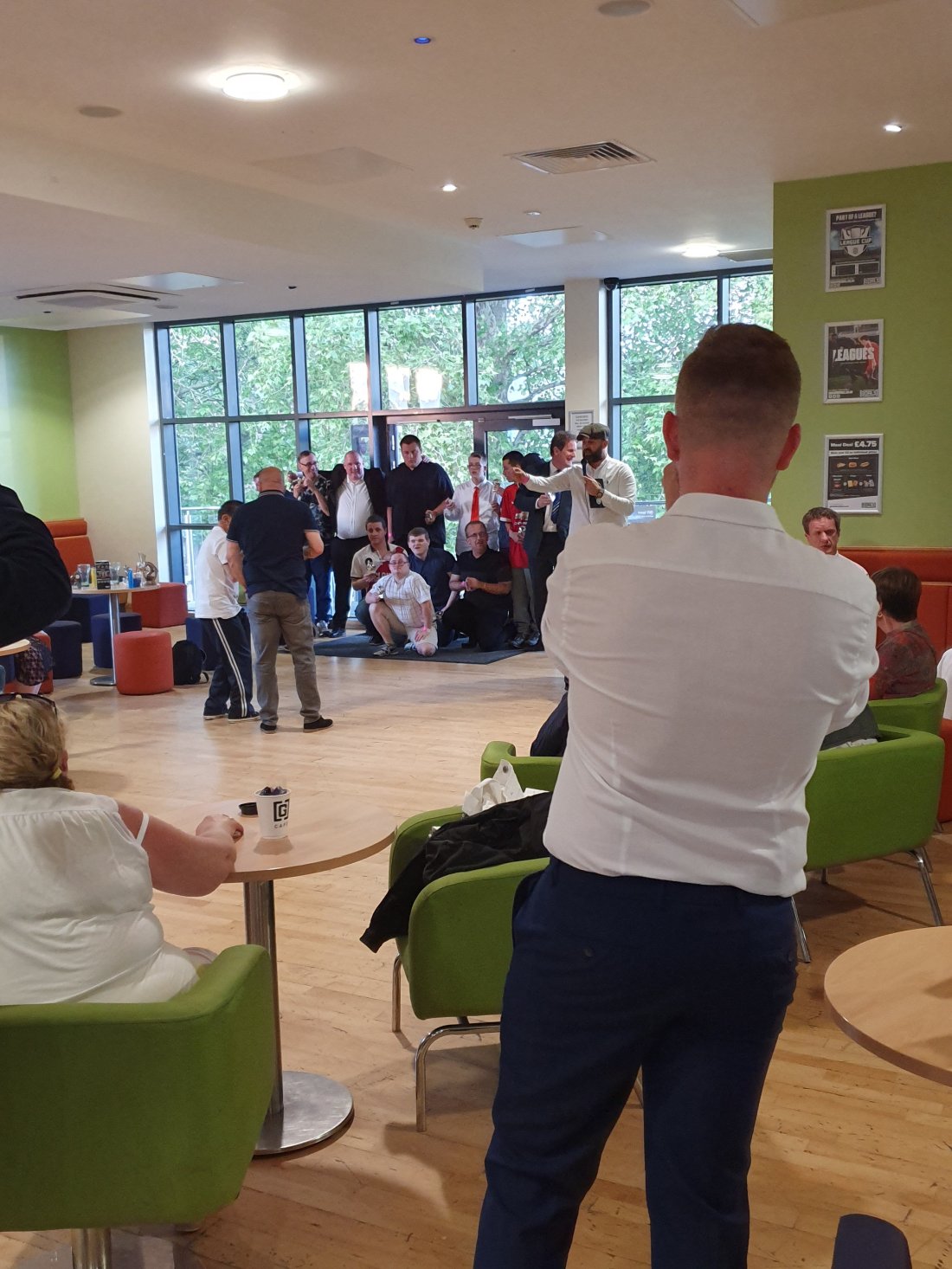 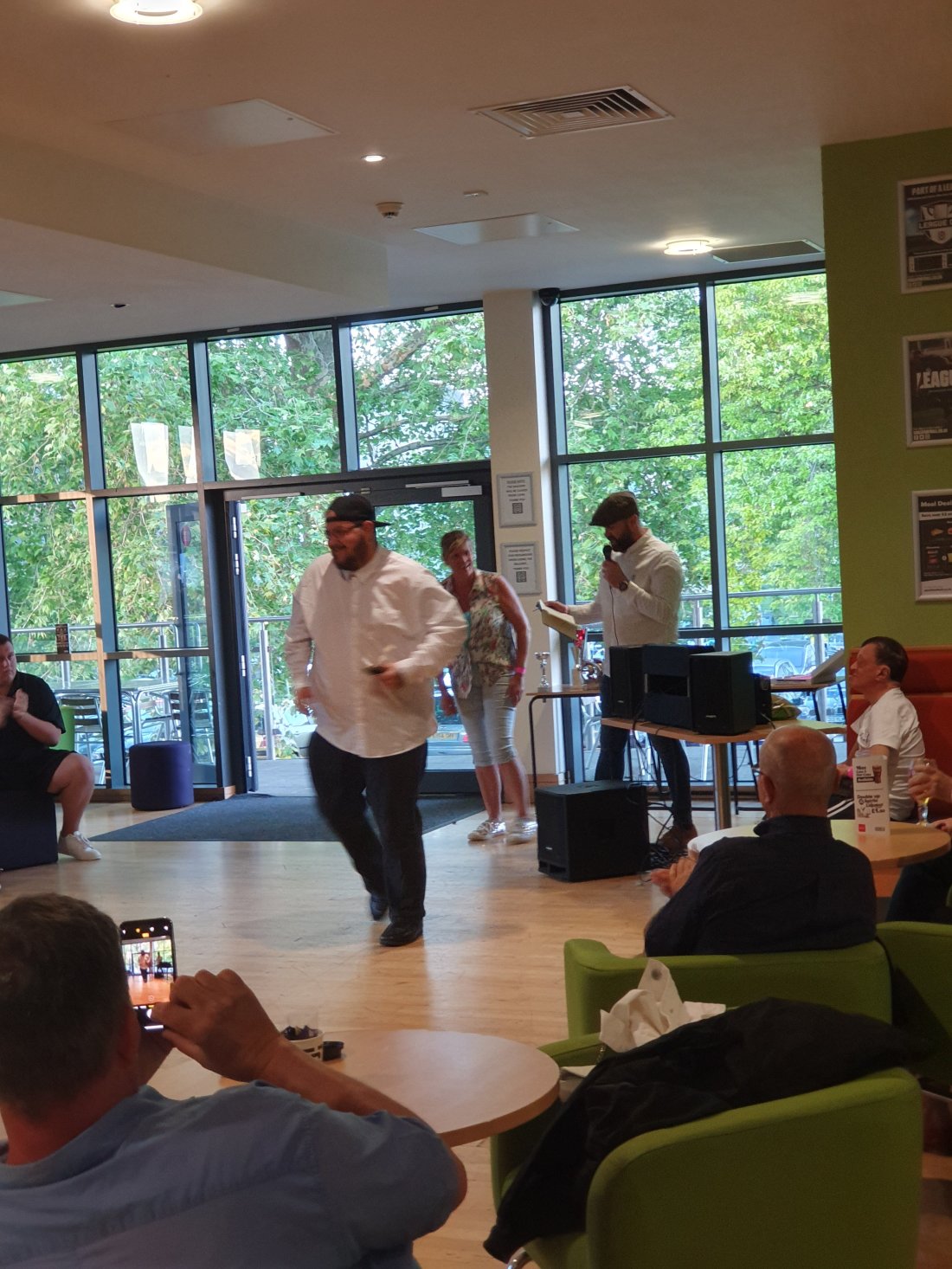 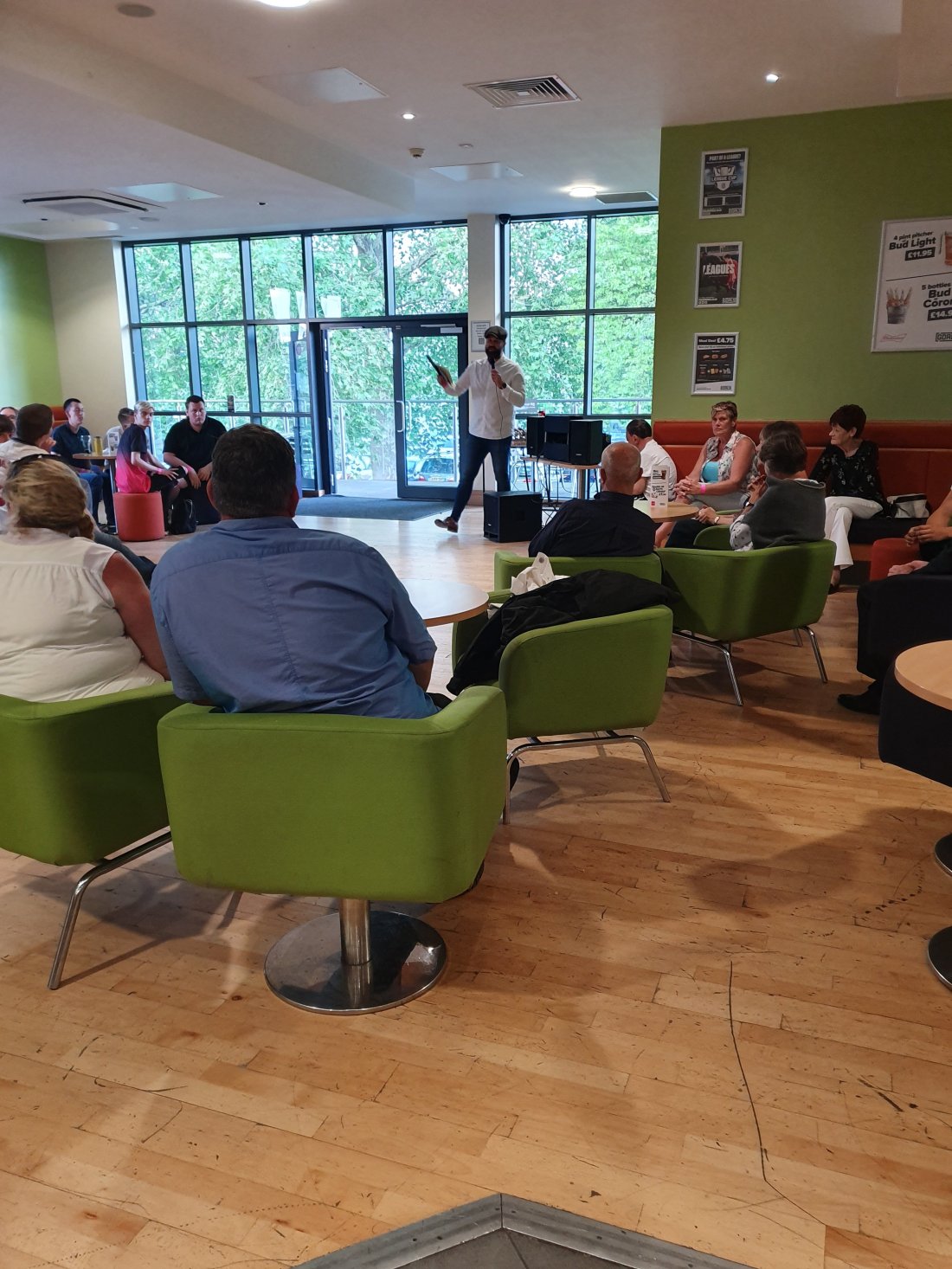 A little update for you, we are reforming as a company! Completely restructured as Small To Big CIC, which I’m super proud of, it also means a rebrand so look our for that very soon!

We still want to keep the football side of the business so small to big fc will still live on just not as a limited company, and hence the title, trequartista.

What we have discovered since forming (just over a couple of months old) is that you have to be versatile, and we are; maybe a bit tired, but versatile nonetheless.

The response has truly been overwhelming and we are now in touch with some bigger organisations that are helping us fight our fight, it’s been amazing talking and discussing our mutual goals and actually having the chance to make a change in the community, so to everyone that’s been in contact – thank you so so much, just taking an interest in what we do is amazing let alone joining our fight, I really cant describe how humbled I am by the support weve had.

Back to the title though, football is a huge part of my life, anyone that knows me will know I’m very opinionated when it comes to football, but I have always loved the word ‘Trequartista’ for anyone who is thinking what is that coffee? It’s not, It means versatile, it means you can adapt to any scenario that’s put to you, that’s what we are here.

Because no one is the same you cant be a business that only caters for a target audience, you have to be flexible and understand every situation and find solutions that others couldn’t (much like Roberto Firmino, or Diego Maradona if Bobby isn’t your kind of player) that’s what we do.

We have 12 campaigns that we are structuring as I write this, that’s just for this year, were also hopeful of our first starter funding, in which you may see some STB merchandise! So please keep you’re eyes peeled.

Remember we want to hear from you, theres no set criteria for who we help, so far the people weve been in touch with have left us amazing feedback that really shows we are actively changing the community – so please get involved.

Josh again, just wanted to update you guys on what’s been happening here 🙂

Weve been in touch with Leyla, an inspiration little girl who is fighting for equality in football, we plan to be standing alongside her in that journey, keep an eye out on our Facebook for a more detailed look into her story.

We were invited down to watch Wots Up FC do a league double, they played some outstanding football in torrid conditions and came home champions, with Dale bagging multiple goals and assists, dale is on board as our ability ambassador! Hes gonna be working along side us in boosting his clubs presence as well as promoting football as an outlet for the disabled community.

We have applied to become a CIC (4 times) it’s so frustrating as every attempt has been foiled by a formatting error! So that hasn’t been great, but hopefully our last application will be successful!

We still need funding, it’s a new area to us so we need help, we dont know how to begin the process so on the financial side of the business it’s a bit slow, and any advice would be greatly appreciated!

The business plan is in a drafting process, we have a good amount of detail but were doing so much its hard to put it all into words, but keep updated by following us on social media and hopefully we will have something that looks like a real plan soon!

Please remember to donate and share! We cant work without you.

We are so excited to introduce ourselves. We are Small To Big FC.

We are a small company based in Ipswich, Suffolk and we are on a conquest. yeah a conquest. We have a goal to fight all forms of discrimination in football, raising awareness and making sure no one has a hard time playing such a wonderful game.

I (Josh) started this company with one clear and simple mission – to make sure people get the same joy from football I do. and to be honest in terms of business history and running companies i really dont have a clue, but i do know that no one should ever feel uncomfortable because of how they look or who they are, especially not in a game that is based on being part of a team.

Being a football fan is such a huge part of peoples life, you don’t have to play it to love it, its infectious, it gives you feelings you never thought you could have, and these footballers we cherish so much (in many cases worship) are shining beacons of hard work and perseverance, truly great sportspeople.

So I was watching a game on TV at about 3.20am in early January (MLS i believe) and watched several supporters chanting at a player who had recently had time off because he had some personal issues, and you could see it was hindering his performance. None of my business though right? there’s bodies that deal with this, he will be fine.

I took a long shot and reached out to the player a couple of days after, and to my surprise he responded. That was crazy for me, because as a fan i obviously knew his career and followed it, so i was completely starstruck, but the question i asked him wasn’t “how do you still get a game” or “stop being so gay and get on with getting the team back on track” as he had previously had been asked, i just said “Hey, i i hope youre okay, looked like you had a tough game the other day” signed a concerned fan.

26 minutes later he replied “thank you, its been really tough but am recovering slowly, your support is appreciated”

I felt mixed emotions, i was so happy he replied, but felt like why has he replied to me? is no one asking how he is?” and that was sad, from such a glorious career to 15 minute sub appearances in the cup, its like watching your hero disappear.

We were similar, had similar backgrounds, the noticeable difference being he could play football and i tried to, but i was shocked, and thought about what i remembered from school, and the difficulties i had and watched other people have, because of who they are.

I was born in Harare, Zimbabwe, and moved to Ipswich in 2001 age 8. My background is full of strong independent females, my auntie was an amazing sportswomen who always challenged for what she believed was right. I didn’t grow up with stories of hero’s, i grew up with stories of my family, my mum the bodybuilder and saint, my Grandma a famous reporter with so many awards she gave them to me to play with. MY ROLE MODELS.

I found football the day after i moved to England, through a kid called Dale, someone who has had a hard time with learning difficulties but always had time to make sure i was okay and settled, a true friend. For those of you that know Dale you know how much of a geezer he is, always laughing, and crazy opinionated. but if you know dale you know how much he loves football, and he inspired me to push this idea, this company and the reason he became a role model for me, because Dale suffered a lot, but always kept a smile on his face.

I fell in love with a professional football club, in Liverpool FC (believe me i have suffered hards times with them) but the resounding message from the club was always “You’ll Never Walk Alone” and how tight they are as a football family.

That’s what i want everyone to feel, football isn’t a game that is based on how you look, who you are or where you come from, its based on being a team unit and working as so, so why is there still people being abused?

I don’t have an answer yet, but i can assure you STBFC will be fighting everyone’s corner, so if you would like to speak about difficulties you’ve faced, or know someone who might be interested, please let us know, we need to talk about it, we need to find answers, so we also need your help.

Thanks For reading, and please be sure to follow us on all social media channels! or to donate to the cause!

Thanks for joining me!